In the tradition of many debut novels, there’s quite a lot of autobiographical detail in The Twins. Like Isolte and Viola, my brother, sister and I were brought up in a small cottage in a clearing in the middle of a pine forest. It was the 70’s; my mother was relaxed and trusting, (although, I hasten to add, nothing like Rose!) She encouraged us to roam free. From an early age I went off with my siblings into the network of sandy paths inside the forest. We would be gone for hours; with no watches or mobile phones we lost track of time, living, as children do, entirely in the moment.

Several people have remarked that reading The Twins stirred similar memories from their own childhoods. Many of us brought up in the time before technology took over, whether in a city or the countryside, had freedom to explore our surroundings. It makes me sad to think that we are afraid to let our children out of our sight a lot of the time. Most of them will never know the joy of going off on an adventure without an adult beside them. Being alone in the forest encouraged us to be responsible for each other, taught us respect for wild animals and to rely on our instincts. I’m certain it helped us develop our imaginations too.

Something terrible happens in my book as a result of the children being by themselves, but in real life no harm ever came to us as we tramped through the undergrowth, waded streams and hid out in dens. Although we did have a scare when my four-year-old brother ate some interesting speckled toadstools and was rushed to the doctor’s with violent stomach cramps. Eating them had seemed natural to him, as we’d been brought up, like Viola and Isolte, to pluck berries and mushrooms to turn into meals. Luckily, he was OK and the memory later inspired me to write about foraging for wild food in my book.

I couldn’t resist putting some other childhood experiences into the The Twins. For example, the dog’s head that the girls’ find in a hollow tree is based on reality. While playing a wintery game of hide and seek in some snowy oak woods, we really did come across the severed head of a black dog hidden inside the centre of a rotten tree. We were just as horrified and fascinated as the children in the book are. We never found out how it got there. Like the twins, we supposed that it must have been something to do with witchcraft. But it remains a mystery to this day. 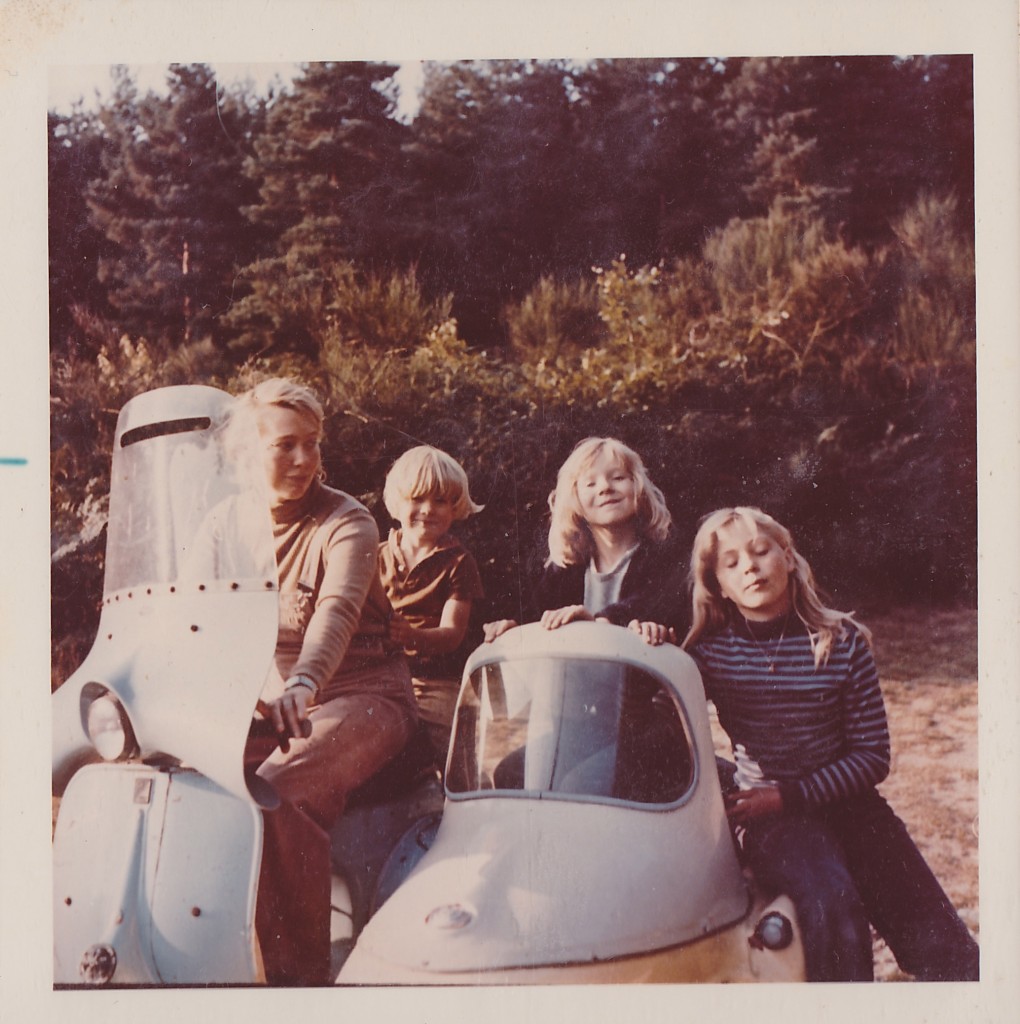