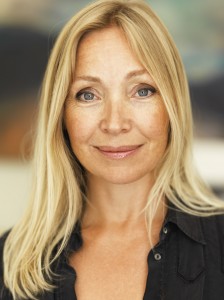 Saskia was born in Manchester in 1961, but grew up in Suffolk. She has a B.A hons in Fashion Design and Communication from St. Martin’s School of Art and read English Literature at Cambridge University. She was awarded a distinction in her Creative Writing M.A from Royal Holloway University. Saskia worked as Health and Beauty Editor on Company magazine and has written for various publications such as Cosmopolitan, You magazine, The Telegraph, Sainsbury’s Magazine, The Clothes Show, Zest, She and M & S Magazine. She has also been a script reader, copy writer and ghost writer. Her debut novel, The Twins, was published by Piatkus in September 2013. Her second novel, Without You, was published in July 2014, also by Piatkus. She lives in London with her four children, (including twin girls) her partner, Alex, a TV series producer/director – and two cats and two dogs.